Locale is in early access
The first localization platform specifically built for Laravel. Your team and translators will be able to enjoy a next-level localization workflow built for productivity.

On June 4, it was exactly 5 years since the HispanoFail webapp was introduced and opened to the public through its appearance in various media. It's been 5 years, and while we're in the process of rethinking the tool, we want to take a look back.

HispanoFail is essentially a tool for citizen complaints about the malfunctioning of public bus lines operated by Hispano Igualadina - Monbus; on its routes from Igualada-Barcelona-Igualada, Vilafranca del Pendès - Barcelona - Vilafranca del Penedès and Igualada - UAB - Igualada. Accompanied by a public data panel that lists all incidents that have been reported and their type.

To this day, we are still amazed at the high degree of acceptance of the tool, which in fact highlighted the clear shortcomings of the lines operated by this company. Media all over the country have been echoing the webapp all this time, we have given interviews to talk about it, thousands of users have ever used it, the City Councils of the cities involved have given the its support by acting as intermediaries with the Generalitat to process complaints, has served as a precedent for creating complaint Twitter accounts, mobile applications, and is one of the sources of reference data to assess the service of these lines both by means of communication as by City Councils. And at the same time, the word and hashtag #hispanofail has become popular and is commonly used to refer to this issue.

Some [3500 incidents] have been collected (http://www.hispanofail.com/stats) which have been managed individually and sent to the Territorial Transport Service of Barcelona through the corresponding City Council.

This means that for 5 years an average of 2 incidents per day have been processed, uninterruptedly, 365 days a year. Under no circumstances could we expect massive use of the platform, let alone continue to be used 5 years later. 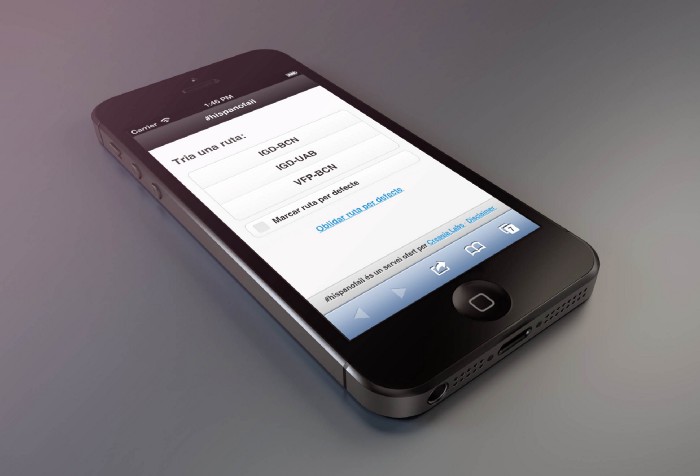 It's been 5 years since, realistically, the platform has been kept alive by users but has not undergone any changes, improvements or upgrades. We are satisfied with the service we launched and the suitability of doing so through a webapp (and precisely not a native application) for the advantages it provided in a small functionality application like this, and for the context of the moment in which it was created.

In fact, technically we still think that a platform like this does not need to be driven through a native app: with the requirement to pre-install on the device, keep it updated in different versions, available for iOS and Android (minimum), and in addition, does not require any specific functionality of the smartphone's own hardware that is a key factor in the need to operate through a native app. We have always sought the utmost simplicity and ease so as not to put barriers in the processing of an incident.

We are currently immersed in a process of reconversing the tool: a complete rethink that updates it to the current times, while being of maximum use and ease by users.

We know that the current tool has done its job (and surely this change should have come a long time ago, given that it is technically "obsolete"), but we also know that it can continue to do so later adapted to the times. current. For months we had in mind to re-adopt the project and make different improvements, we are already working on different ideas and we hope in the coming months to be able to implement them, make them public and all this will contribute to a better service as a citizen tool.